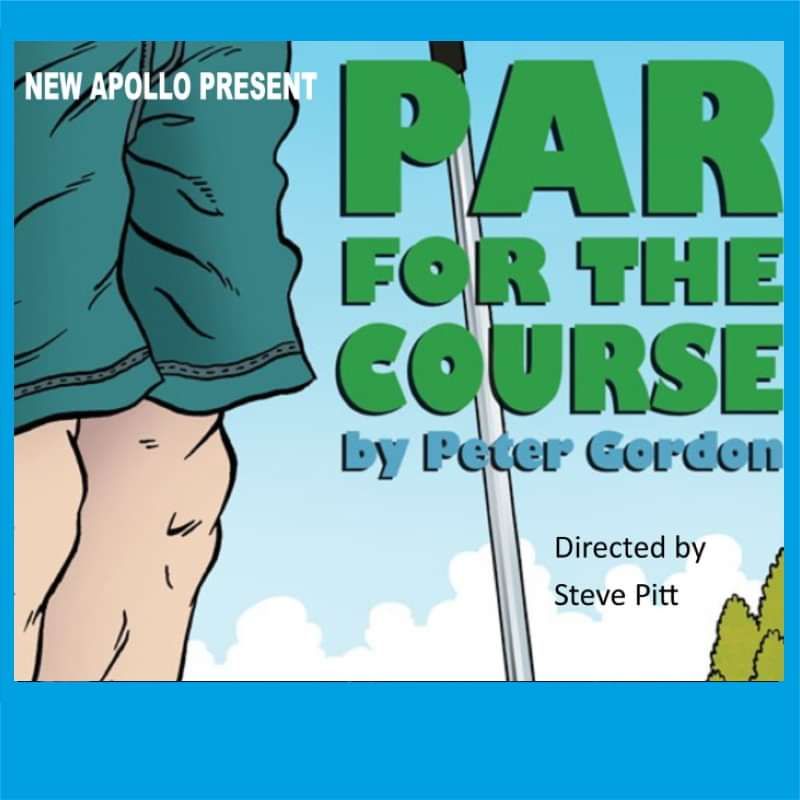 PAR FOR THE COURSE A Comedy by PETER GORDON

Captain's Day at the Seven Lakes Golf Club gets off to a bad start when the men's Captain is indisposed. Club secretary, Simon, relishes the chance to take over but is soon thwarted by the arrival of Vice Captain, Nick and his girlfriend, Tiffany. Lady Captain, Fran, and enthusiastic but hopeless Barry add to the confusion as a series of disasters mount. With the unexpected arrival of Simon's wife, Laura, tensions build and things go from bad to worse.

Set on the club house patio, the characters soon discover that personal relationships OFF the course are more dangerous than the hazards ON the course! Love or loathe golf, it will never seem quite the same again!

“… Gordon brings warmth, humanity and no little humour to his writing …” The Press, York

With over 1,750 professional and amateur productions world-wide, Peter is one of the UK’s most popular playwrights. To date, he has written thirteen comedies, a psychological thriller and a one act comedy. Of his modern comedies, it has been said that “Peter Gordon writes about life. Sometimes it is bizarre and funny, sometimes it is sad, but it is always entertain-ing”. Favourites include 'Par for the Course', ‘’The Reunion’, ‘Out of Focus’ and ‘Third Week in August,’ which has been performed at the world-famous Minack Theatre in Cornwall