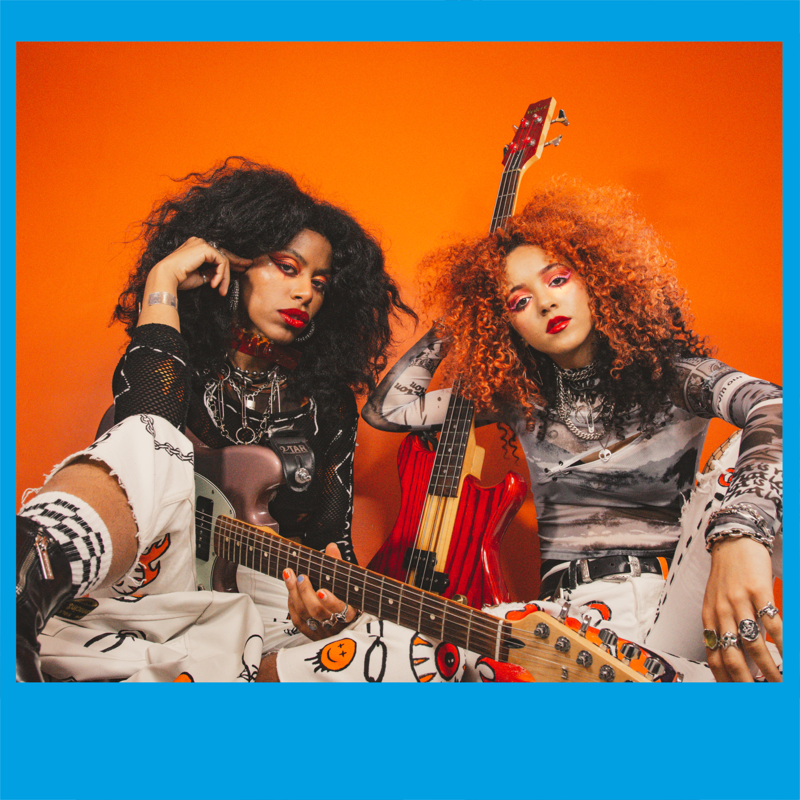 8.00
Entry Requirements: All Ages. Under 14s accompanied by an adult. R.O.A.R

Plus support from KID BOOKIE

Nova Twins are a genre-bending duo consisting of lead vocalist/guitarist Amy Love & bassist Georgia South. Innovative in every element of what they do as artists, whether that’s performing to moshing crowds & packed out tents, art directing their own music videos or designing & making their outfits for all photoshoots & stage-wear. Described as “devilishly-heavy & vivid punk-rock” by NME, “grunge-pop” by the Independent & “amalgamation of raw punk energy, illegal rave electronics & unapologetic grimey attitude” by PRS.

On tour they’ve supported Wolf Alice, Prophets of Rage, Skunk Anansie & have been invited to support Enter Shikari & Bring Me The Horizon in 2021. Previous festivals bookings have included Boomtown, Download & Hellfest. 2021 will (covid depending) see slots at Reading & Leeds amongst many others.

In 2019 Nova Twins were the face of Dr. Martens Alternative A/W campaign & played alongside Fever 333 during their BBC Radio 1 Maida Vale session. In 2020, they won Best UK Breakthrough Band at the Heavy Music Awards. Later that year, they collaborated with Bring Me The Horizon on track ‘1X1’, taken from the No. 1 album - Post Human : Survival Horror. Nova Twins started 2021 with a remix of Gang of Four ‘Where the Nightingale Sings’ alongside Massive Attack‘s 3D/Robert Del Naja.