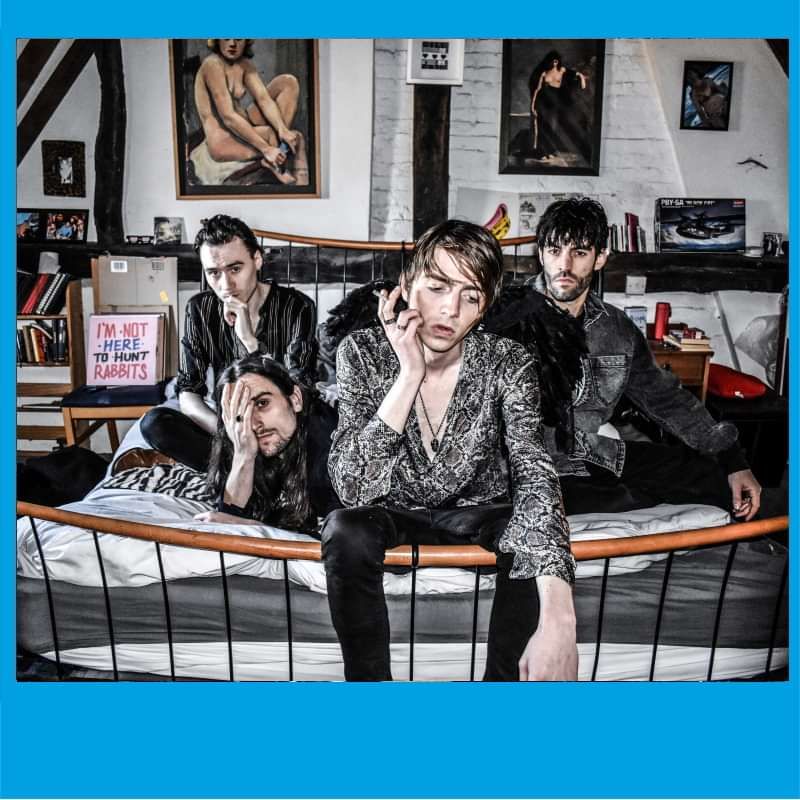 Plus support from CAITY BASER and SOUTH COAST GHOSTS

Dead Freights release their second single 'Who Said Scared' on 25 Hour Records off the back of their rapturously received UK support tour with The Libertines, and successive sold out London shows.

A slow burning, atmospheric ballad turns to riot, storying a night of two lovers unraveling and disintegrating to the sum of their fears and inadequacies:

'It's a reflection of being with someone I loved, after the lust phase, where the relationship needed a new oxygen to survive and latched onto each others fear of being alone. It's about how you tear each other apart before you'll leave, the final act where the memories of romance are still fresh but the horrible end is in sight.'

'Who Said Scared' pivots from its central vocal hook, a sugar rush of three part Americana vocal harmony, to an industrial, punk fury. The clarity of James's stunning vocal performance allowing the extreme contrasts of the record's central emotions to trade blows till he delivers the knock-out punch:

It's an anthem for the generation Z of misfits, punks and goths driving the reemergence of guitar music in what finally constitutes a genuine global revival. It's a song of beauty and violence, sonically and lyrically, that's brought the likes of Steve Lamacq to their first east London headline in the spit and sawdust RoadTrip bar, to the Future Sounds of Jack Saunders, through the old fashioned romance of word of mouth. It's set to be the song that unites every member of the crowd in singing every word at future Dead Freights shows, no matter how different their identity and story, because that's the point in what's happening with this scene, and Dead Freights could be its next biggest protagonist.