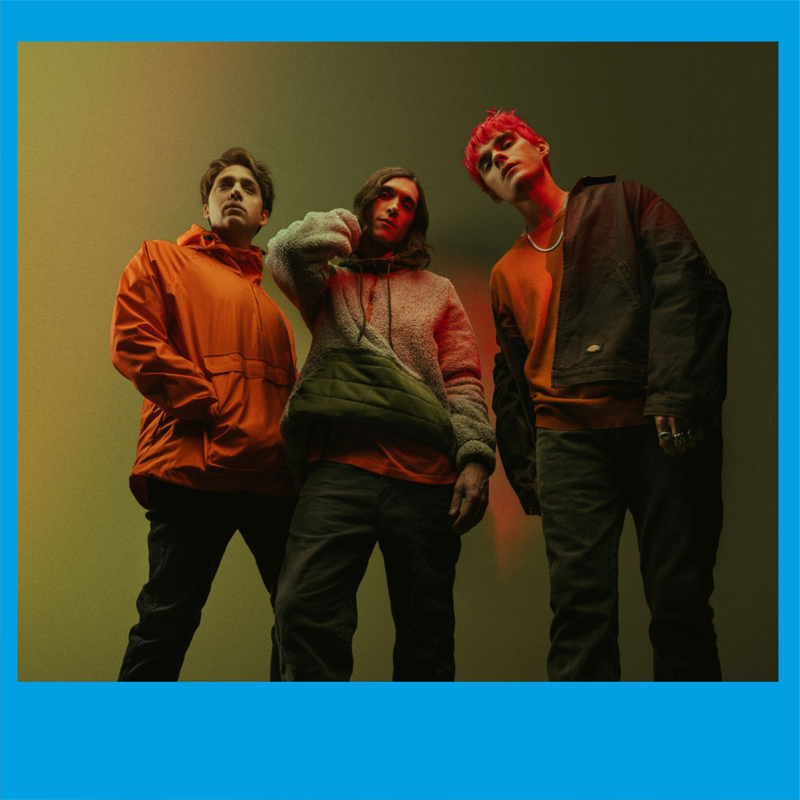 Most bands wouldn’t name their new album Greatest Hits. Waterparks aren’t most bands. The Houston, trio—Awsten Knight, Otto Wood, and Geoff Wigington —are just ballsy and bold enough to pull off calling their fourth album, Greatest Hits [300 Entertainment], and actually deliver on the promise of that moniker. See, the boys continually rewrite the rules for what a band can do in the 21st century. While the death of the Rockstar was lamented time and time again, they quietly emerged as a new school genre-pillaging phenomenon in an old school way: by busting their asses in the studio and on the road. In 2019, the band reaped the benefits of years of grinding with FANDOM. It bowed at #2 on the Billboard Top Alternative Albums Chart and marked their first Top 40 entry on the Billboard Top 200. Receiving widespread acclaim, it warranted “4-out-of-5 stars” from KERRANG!, and MTV gushed, “We have no choice but to stan.” As they average nearly 2 million monthly listeners on Spotify, the band’s cumulative streams eclipsed 250 million thus far. On this journey, they also picked up “Breakthrough Artist” at the Alternative Press Music Awards and “Best International Newcomer” from Rock Sound. At the end of 2020, they unassumingly teased Greatest Hits with “Lowkey As Hell.” It also kickstarted the next chapter. In the midst of the Global Pandemic, Awsten found himself stuck at home like everybody else. However, he wrote songs at a prolific pace (in between proudly Swiffering his apartment daily). “I was able to be in my own world uninterrupted by tours and travel,” he admits. “It inspired me to look inward and make exactly what I would want to without any kind of time restraint, deadlines, pressure from fans or anyone else. I don’t think this album would’ve happened without that freedom to detach from our regular surroundings. It’s by far the most time we’ve ever had to write too. Objectively, if you practice something every fucking day, you’re only going to get better and I think these songs show that.” That’s instantly apparent on the single “Snow Globe.” Icy keys wrap around a downtempo glitchy groove on the track as Awsten’s voice flutters from intimate verses into a nocturnal hook. “I was in a pattern of staying up extremely late at night,” he recalls. “I had some dark blue light coming off my TV to set the mood. I turned off all the other lights and had these super airy, almost haunted keyboards and pads going. I just started singing what came to mind. I never tried freestyling before, but Benji [Madden] told me to try it out and I wound up doing that for three or four more songs that wound up making the album. Because I was so secluded, this album was a lot more about me. When you’re alone for so long, it takes a toll on you and forces you to examine yourself more. ‘Snow Globe’ is a lot of self-reflection and figuring out why I feel the way I do and where I sit in relation to other people—whether that’s fans or friends or anyone else. At night, everything seems so much heavier and I was experiencing that a lot, so it was a mood I wanted to capture in the most personal way I could. That’s why you’re like, ‘I’ll sleep on it.’ It’s about coping and figuring out how to move past certain things.” One thing they’ve definitely figured out is how to make a badass album. “When you hear this album, I hope you walk away feeling like there’s no other band doing anything like it,” Awsten leaves off. “In my opinion, these are our Greatest Hits. As long as you go into it without expectations of prior things, I think it’s going to be your favorite fucking Waterparks album.”