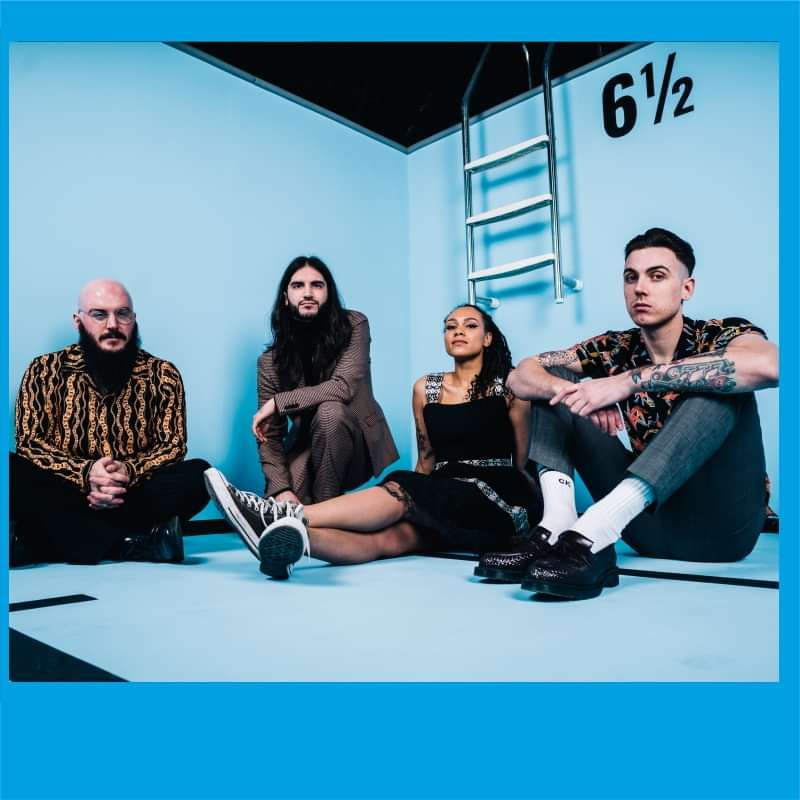 London four-piece, The Skints, have clawed their way up from the depths of the underground punk/ska scene to a unique fixture on the global reggae stage. Drawing influences as wide as soul, pop, grime and hardcore, their original brand of “tropical punk” has seen them evolve in to one of the hardest working and most respected bands in UK music. Formed while at school in 2007, The Skints hail from the Waltham Forest and Redbridge boroughs of North East London, and they cut their teeth in London’s underground punk scene before venturing out of the M25 to play their first selfbooked DIY venture and embark on a heaving touring regime across the nation’s “toilet venue” circuit. Debut album ‘Live, Breathe, Build, Believe’, released at the end of 2009, received late night/specialist rotation across radio including BBC Radio 1's Punk Show, whilst 2012’s ‘Part & Parcel’, was the second full-length album by the band and further built their fan base and opened doors to heavy touring, festivals and markets outside of the UK and across Europe. The follow-up album, the critically-acclaimed ‘FM’, released in 2015, reached number 5 on the Billboard Reggae Albums chart and number 7 on the Independent Albums Chart in the UK and saw The Skints tour relentlessly across the USA, Canada and Japan. Since the band’s inception, The Skints have toured extensively across the globe, playing hundreds of shows and festivals including Summerjam (Germany), Dour Festival (Belgium), California Roots (US) and ReggaeSunSka (France). In the UK, The Skints sold-out their most recent 10-date UK tour including Shepherd’s Bush Empire and have performed at the Reading and Leeds Festivals, Bestival, Glastonbury and Boomtown Festival, performing to 15,000 fans. In addition, the band have supported bands that include NOFX, Less Than Jake, Mariachi El Bronx, Gym Class Heroes, Protoje, You Me At Six and Sublime with Rome & Easy Star Easy Star All Stars. Their latest album “Swimming Lessons”, released spring 2019, draws on influences as sprawling as Bad Brains, Michael Prophet, No Doubt, Alton Ellis, Wiley and Weezer. From crushing heartbreak, the impending doom of Brexit, surviving as an independent musician and navigating the weird world of 2019 - all of these are proverbial “swimming lessons” life throws at us. Lyrically their darkest and most introspective release to date, it is also The Skints pushing and blurring the lines of genre to a more extreme degree than ever before. From 8-bit Game Boy influenced dancehall punk-pop to sound system shaking dub, melodic grunge to harmony laden soul and boasting collaborations from the crop of Jamaica’s brightest roots stars of today; Protoje, Jesse Royal & Runkus - Swimming Lessons is a musical ride that fully surpasses any confines of sound expected of a group from the world in which The Skints started. Supporters of The Skints include BBC Radio 2’s Jonathan Ross, Robert Elms on BBC Radio London, Steve Lamaq and Craig Charles on BBC Radio 6 Music and David Rodigan on BBC Radio 1Xtra. https://www.facebook.com/theskints https://twitter.com/theskints https://www.instagram.com/theskints/