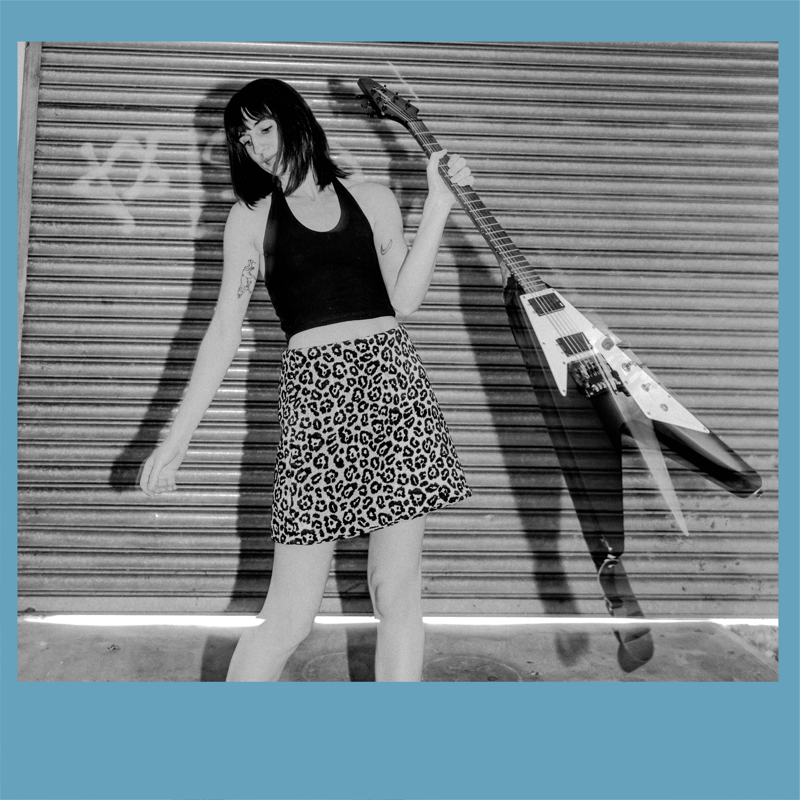 YUMI AND THE WEATHER

Yumi And The Weather is the music project of interdisciplinary artist and producer Ruby Taylor. Yumi And The Weather began back in 2013 through writing music via the computer and taking the songs to the rehearsal room to perform live with a full band. Her first self titled album received great reviews, and songs were supported by various DJs at BBC Radio 6 Music such as Don Letts, Lauren Laverne and Guy Garvey, and Radio X's John Kennedy.

To support the release of the upcoming second album 'It's All In My Head' (coming summer 2022), Yumi And The Weather are taking to the road and performing the album tracks around the UK, which are heavily influenced by all eras of Rock, Punk, and Indie. Yumi's last single 'Howl' made it on to the Radio X X-Posure evening playlist, supported by BBC Radio 6, and was featured on many online digital blogs such as God Is In The TV, Riot Mag, Loud Women (track of the day), and added to Spotify's Hot New Bands playlist.

“Spiky, smoldering and drenched in a harmonious distortion” - The Autumn Roses

“Energetic, loud indie rock track that goes all in from the first second on” - GlamGlare

YUMI AND THE WEATHER